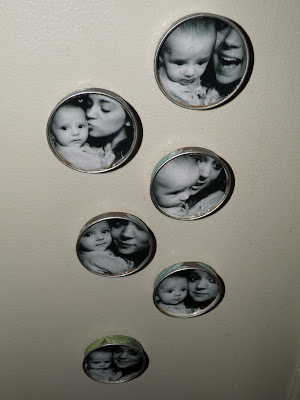 I've found, yet again, another way to reuse those baby food jars
by making picture magnets out of the lids.

It was pretty easy to do and I used was: 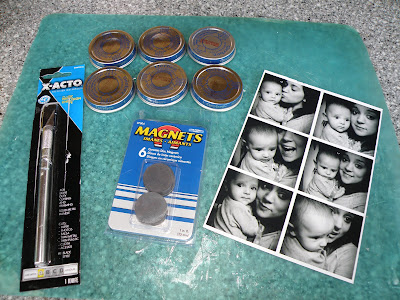 I started off by using the smaller side of the lids (the very top) as my stencil and traced 6 circles onto a small piece of cardboard. Then, I used the same side of the lids (instead of tracing) I just used the X-acto  knife to cut out the pictures. 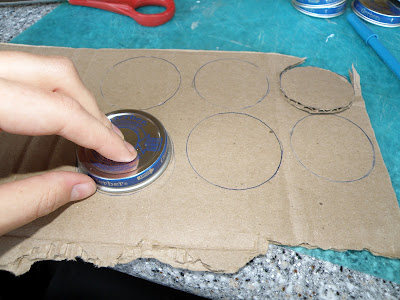 Note: in this picture the lid is the wrong way.
You will need to trace it the other way in order for the cardboard to fit inside the lid.
I learned this the hard way :-) 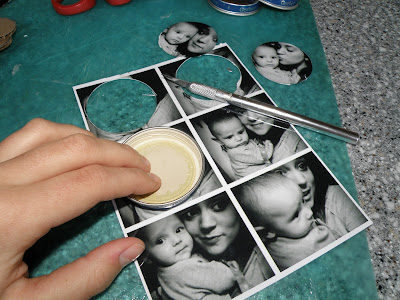 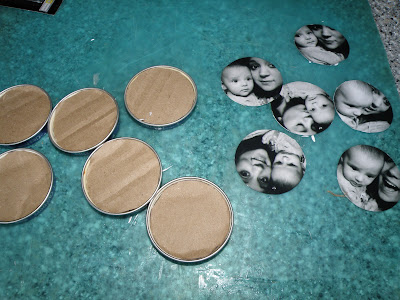 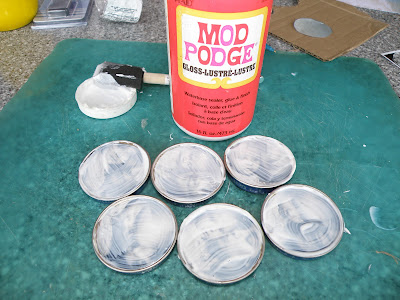 When they were dry, I flipped them over and used E6000 glue to glue the 1" magnetic disks to the back. 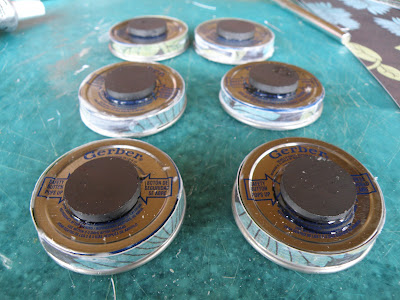 I also decided to use some scrapbook paper and the X-acto knife to cut strips for the sides of the lid.
I used Mod Podge to glue them on and to coat the top. 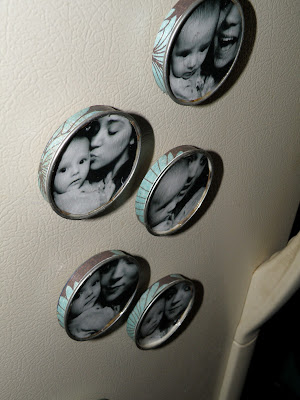 And that's all! Super easy, so cute,
but best of all: I just used stuff from around the house!

Labels: DIY Tutorials, For The Home, Made By Carrissa